I remember carving pumpkins with my mother growing up:  The mess.  The smell.  The way the jack-o-lanterns got all soggy and moldy after a week or so.  I'm not a fan of any of it.  That's why I was so grateful for the inspiration from Pinterest to do no-carve pumpkins.  Not only that, but I found some really cool pumpkin decorating kits from Spritz at Target that include everything you need to turn your pumpkin into anything from a creepy but cute bat ($5) to a pink frosted cupcake ($3).


I brought the idea of doing no-carve pumpkins up to my mom who wasn't quite into it but agreed to host the decorating event at her home.  She gathered her own decorators:  my brother, Shai, and his friends Max and London (and my oldest son, Savion who decided to join them) to carve traditional jack-o-lanterns while my two younger children and I covered her table in newspaper and went to work.


I'm not especially crafty but this no-carve business was a lot easier than I expected.  My children followed step-by-step instructions provided in their kits while I started by painting my own pumpkins completely white.  I used a gold glitter spray paint from Hobby Lobby to add a little pizazz to a larger one and it didn't need much more.  Glitter really does make everything better. 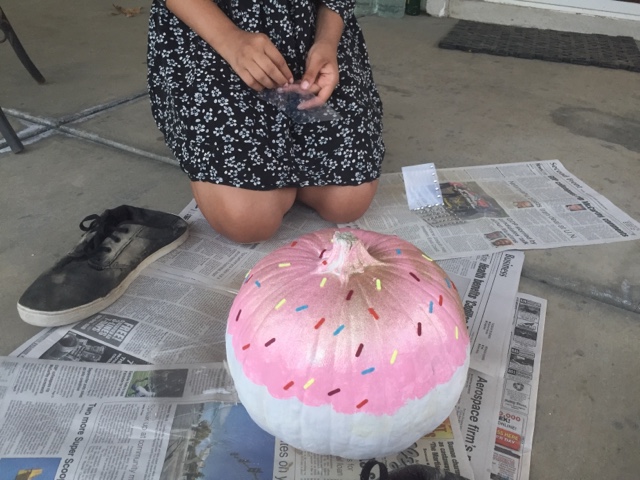 On another pumpkin I used gold vinyl lettering purchased from Etsy along with large self-adhesive rhinestone stickers from Hobby Lobby's scrapbooking section.  I used self-adhesive rhinestone strips on my smaller pumpkin which kept the lines clean and straight (it was going to be a spider web but I deviated from the original plan).  Lastly, I used gold glitter spray paint to coat my three mini pumpkins (without white paint). 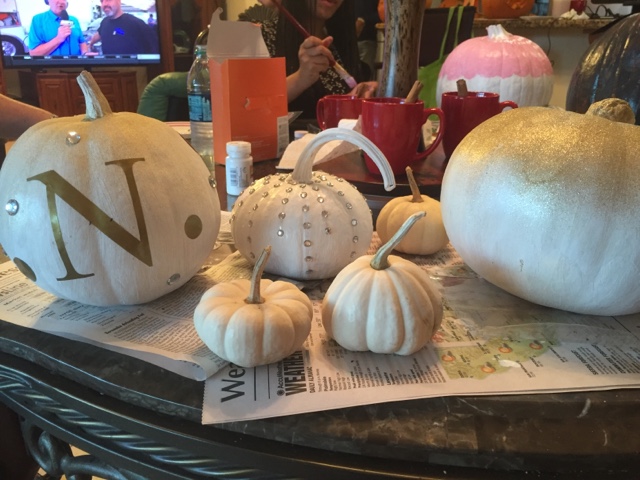 Overall, I'm really happy with our first attempt.  As for my brother, Shai, and his friends- London and Max had never carved pumpkins before but they actually did a pretty good job.  I could still smell their pumpkin guts and maintain that they are gross.  Iwill continue to do no-carve pumpkins from now on.