The other night I had a dream that I was riding a bike down a hill and wanted to stop or slow down but my brakes weren't working so I had to use my feet to slow down the momentum.  Maybe it's just me (although I suspect it's not), but it seems like these days we lead such busy lives that it's hard to know how to slow down.  Aside from working fully time, my youngest son has auditions, rehearsals, dance classes and improv classes that keep me going nonstop.  As if that's not enough, I'm starting a new job on Tuesday and I thought it might be fun to throw a class in at the local community college (a math class at that!).  Oh and did I mention my husband is still deployed?


I figured a spa day was in order so I could try to get centered before things really get crazy.  The timing was actually perfect as Burke Williams recently unveiled two new Ayurvedic services:  the Shirodhara and Ananda treatments.  I was invited to enjoy the former and their gorgeous Woodland Hills location which is a relatively newer addition to the franchise.  If you haven't experienced this location, it's a brighter concept with a serene garden-like atmosphere that I really enjoy. 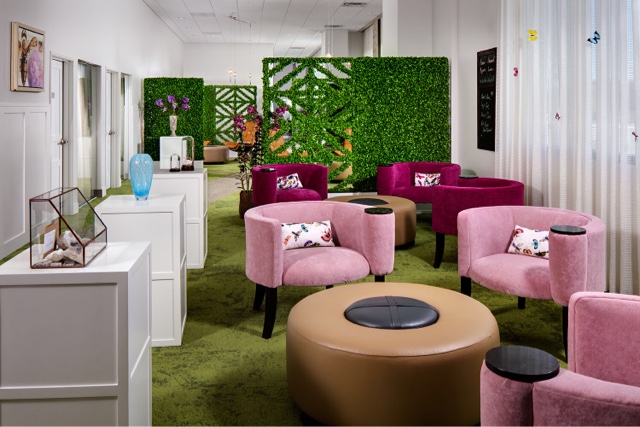 The Shirodhara (shiro meaning head and dhara meaning flow) is an 80-minute treatment that commenced with my therapist, Tiffany, determining which dosha she was going to focus on.  For me it was Pitta which, according to Ayurveda, when out of balance can lead to anger, irritability, frustration and judgement.  People possess all three doshas (Pitta, Vata, and Kapha), but one or two are generally dominant.  The goal with this treatment is to restore the balance of all three.

Tiffany thoroughly explained what would transpire during the treatment:  It would involve a good deal of oil as she circled my body  Once the treatment began there would be no speaking;  The most significant part of the treatment would involve a continuous flow of warm oil poured gently over my forehead, after which time I would be left alone in the room for several minutes to "absorb the treatment and return to real world."  From what I've since read, the pouring of the oil over the forehead creates a vibration that impacts the nervous system (think about it- gentle pressure over the area where nerves are concentrated). 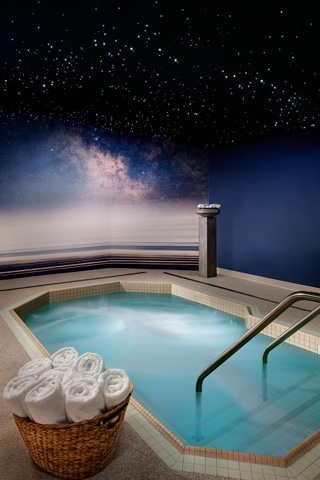 It's important to know that this treatment is different from, say, a signature Burke Williams massage. If you're looking for a deep tissue massage to work the kinks out, this is not it. The Shirodhara focuses on the mind-body connection.  I can admit that it can be difficult for me to get out of my own head and relax, but once I did I fully appreciated the benefit of this service.  It was, for me, something like meditation.  I found it deeply relaxing, especially after visiting the spa's beautiful twilight room before heading home.  I'd recommend Shirodhara to anyone but especially those experiencing stress of any kind.

Yes, a LOT of oil was used but not so much that I was slippery upon exiting (I actually thought that might be the case).  It was mainly in my hair which is not a bad thing.  In fact, I was told I could even leave it in overnight if I wished but I decided that I'd rather not so I was instructed to add shampoo to my hair before water to help remove the oil which worked rather well.