Your Mom's on Snapchat!

Nothing makes me feel older than my kids and their apps du jour. I hear my mother's voice coming out of my mouth when I say stuff like, "What is that? Why do you need that?" Not that she'd actually say that but that's the voice I feel like I'm using when I say it.  *shrug*

I have Instagram, Twitter and Facebook. I'm good.  Yes I've heard of Snapchat. No, I do not need it. Even though more tech savvy brands are leaning towards it. Even though they're holding contests with really cool prizes you can only win if you have a Snapchat. Nah, I'm good.

And that's just how I felt until last week when my nail tech posted a video of herself fake crying with animated tears streaming down her face. It was too cute and I had to have one. 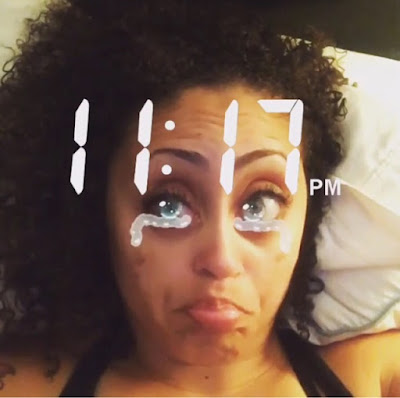 I downloaded the app and proceeded to stare at the front-facing camera screen for at least a good ten minutes completely lost and tapping at it like Ben Stiller with the desktop PC in Zoolander. I finally gave up, admitted defeat and asked my 17-year-old son for help. 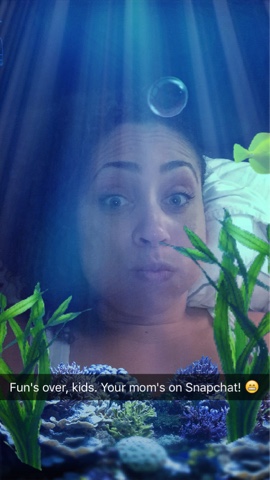 Yeah, so apparently you have to hold your finger on your face to help the face recognition thingie find your features or whatever. Then the cool animations will pop up and the fun ensues. Weeee!  And Snapchat puts one new animation up every day or so so I always have a reason to open the app (but I still have no one to snapchat 😕).
Posted by brunchinla at 9:43 PM