Preparing for a Deployment

I never would have imagined that my husband (who was in the music industry when we married) would come to me at age 35 and tell me that wanted to enlist in the Army Reserves. Umm... Hello? Even then he didn't go the traditional route because after he finished BCT he enrolled in school to get his BA and joined ROTC. So there's been a lot of trainings (LDAC, BOLC, etc), but nothing as long or as intense as a deployment. I still lead a very civilian lifestyle with no real connection to other military families for advice or resources while he's completely immersed himself in the Army one. The acronyms... The politics... How to properly salute... It's Greek to me. All I really know is that he is my heart and he's going a way for a very long time. How to deal???

I began reaching out to other military spouses via Twitter and found a very supportive virtual community that helped me to understand certain aspects of the lifestyle. And when I found out that after five years, my hubby was (is) finally facing deployment, I reached out to Krystel at Army Wife 101 and she shared a super helpful post full of tips on preparing for a deployment. I cannot tell you how much I appreciate each and every single tip. If you're going through any sort of separation from a loved one, a lot of these suggestions would be useful in so many instances. But especially if you're soldier is going to be away for a while. 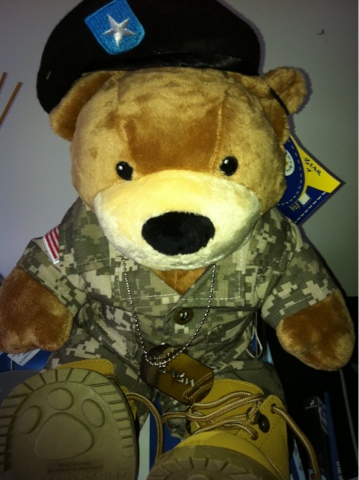 Posted by brunchinla at 3:40 PM