I'm a big time window shopper. I fill my online (and sometimes real life) shopping baskets with all of the wonderful things my heart desires but my wallet laughs at. So lets play a little game called What's in My Basket! It's interactive. You can be my virtual voice of reason and tell me why I really don't (or do) need said item. It'll be fun, I promise. 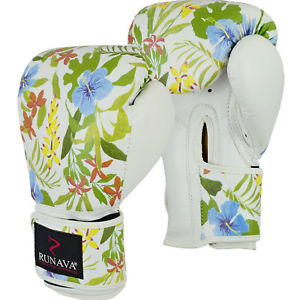 I've had boxing gloves for about a decade and they're finally starting to fall apart. So, technically, this is a need rather than a want. But I'd like something with a bit more personality to replace my pink Proforce gloves that won't break the bank. I found these floral 12 ounce gloves online for $26.99 which is about what I paid for my other pair. I'm fairly certain no one in my class will have a pair like these which is a major selling point. I'm also pretty sure my 12 year old won't try to steal them.

Admittedly, I'm a bit of a sneakerhead, so while this is certainly not a need, I have been eyeing these Nike SF AF-1's for a while now. I have skinny ankles so I like my high tops extra high. Plus, the design is just an awesome mix of classic Air Force 1's which a futuristic spin. I'd love to pair these babies with my jeggings. They MSRP is $180 and they've been sold out on Nike.com, but I've found them cheaper elsewhere (as low as $126). I'm just concerned about their authenticity. Hence the hesitation.


If I could live in leggings and workout gear, I would in a heartbeat. And in the words of John Witherspoon, "You got to coordinate!" Seriously, nothing makes me happier than when my leggings match my sports bra. Don't ask my why, but it's a thing. And a matching jacket too?? Come on! Best part about this set is it's from Forever 21 so everything is reasonably priced and I've found their athletic line to be pretty reliable in terms of opacity. (Confession- I already pulled the trigger and bought this outfit for next month's trip to Hawaii)

So, I now defer to you good people, to help me avoid any sense of buyer's remorse because I clearly lack impulse control. Let me know your thoughts in the comments section below.